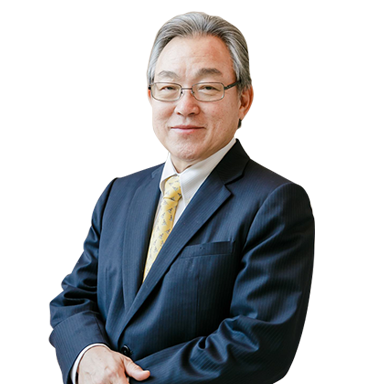 Please explain the history and business model of AH

In the beginning, we were doing the assembling and distributorship of Ford automobiles and eventually as a group we expanded to auto parts manufacturing leading to AH being established in 1996. We eventually listed on the SET in 2002 because we required the funds to expand our capacity. Following up to the listing, we also further expanded with several acquisitions and new JVs both in Thailand and also China, building more plants to increase capacity for OEM Auto parts. We also invested in more car dealerships in Thailand for Mitsubishi and Malaysia for Honda. Right now, we are having big plans for IOT-Internet of Things for automotive after building a strong presence in the car navigation software and digital map business. Our customers for OEM Auto Parts manufacturing include Isuzu, AAT Nissan, Ford, Toyota and several other major players within the industry. The core pillars of our business all revolve around automotive.

What differentiates AH from its competitors?

In our business, the principles are product quality at zero Parts Per million (PPM), i.e. absolutely no defects, 100% on time delivery and the lowest costs. When we were first awarded the Isuzu project over a decade ago there was a contractual obligation to reduce the cost by 30% which we successfully did and still managed to be profitable. Because of this success, we continued to win additional projects from Isuzu and are now the only Thai company that competes with Japanese frame manufacturers and have moved from a Tier 2 to a Tier 1 manufacturer. AH also exports to Europe and Japan and the export growth for automotive parts is exceeding the growth for automobiles. This is because we can produce at lower costs while keeping excellent quality. All automotive companies fear recalls and if one of our brake lines or fuel tanks has an issue it will ruin us and Thailand's reputation. Finally, during the 2011 floods when one of our main factories was completely inundated, within a day we dived for the dies and jigs, and moved everything needed to our Rayong plant to continue production. Because the factory effectively produces a part for every automobile in Thailand and for some products there are no replacements. If we were to stop production, automotive assembly lines will be forced to stop, causing immense economic losses for the OEMs. Our ability to manage through that crisis demonstrated how we excel on behalf of our customers.

How do you view the automotive market in Thailand and the region developing?

Thailand's policies in the automotive industry have been very good and consistent despite the changes in governments. They were forward looking with the one-tonne pickup policy which led to Thailand manufacturing all the one-ton pickups in the world. With the eco-car policy, they have ensured that there is continued investment in the automotive industry cluster with the 100,000 car targets for the manufacturers to achieve. And with the future being smaller vehicles, they have focused on the correct trend to create two product leaders- first the one-ton pickups and more recently, the eco-car, for Thailand. Financially the banking system here is strong and very liquid, therefore it is an excellent environment to do business and our golden rule is to always pay your bank. Regionally the major players are naturally profit focused and to do that one needs low cost production. I believe that Thailand is still a good base because of the low cost, the available skillset, reasonable land price, government incentives, good infrastructure and a friendly business environment. However, they are also always looking at other countries such as India, Indonesia, Malaysia or Vietnam for better returns. Malaysia as a country does have potential, we have tried to expand there in the past and may look to again in the future because the market has a demand for 600,000 cars, which is smaller than Thailand but implies less competition and one could succeed in business there for the next 10 to 20 years. The other country that is interesting is Vietnam. Those that have moved there over a decade ago were badly burnt but we are exploring avenues to expand into the country starting in a small way.

There’s been a lot of news regarding Electric Vehicles both from the Thai government and the global automotive players, how would this impact AH?

EVs will come and faster than we initially expected. The thinking globally a year ago was that it would be a third electric, a third hybrid and a third internal combustion. But things have changed quickly with Volvo recently announcing they would go 100% electric, the UK announcing that it would be EV vehicles only in the future, and so if other governments follow this trend the automotive industry will change even more rapidly. China itself is pushing very hard in this area and because they are already culturally used to electric vehicles such as with their electric motorcycles, the trend there will be moving even faster. For us some of our products will be impacted but because we are diversified across the automotive manufacturing parts, we will still benefit as the entire industry continues to grow.

AH recently invested into a joint venture with Sakthi, what is/are the reason(s) for this? And will AH look to expand further with other partnerships?

This is a deal to allow AH to become a global player by bringing the synergy of the two companies in terms of technology, customers, products and global markets. It is a unique opportunity that is mutually beneficial to both parties, ensuring the long-term sustainability of AH by expanding from being regional to being part of the global automotive industry. Our portfolio will expand to other critical safety components such as steering knuckles and brake components. We are investing US$ 100 million into Sakthi Global Auto Holdings ("SGAH") for a 25.1% stake based on an EBITDA multiple valuation over the two years’ earnings in 2018 and 2019, with US$ 50 million to be injected into capital and US$ 50 million as a convertible loan. SGAH will be paying AH an interest of US$ 10 million per year for 3 years, and within three years SGAH will need to invest US$ 50 million into AH's Chassis and forging operations. AH aspires to become a global frame maker, a global hub maker and a global knuckle maker. I hope that we can build frames, hubs and knuckles for the whole world. If we achieve that, then it’s a 100 million car market for us to tap into. I strongly believe there is a good chance in succeeding. We set the dream, chase the dream even if it is considered impossible. Look at the world today. In China, farmers are using technology to make payments via their phones. The impossible is possible in today's world.

Could you expand upon AH's involvement in the Internet of Things (IoT)?

Our focus on IoT is automotive related, a decade ago we began building a map for Thailand with the aim of having one of the best maps and software for South East Asia. We funded students in Singapore with US$ 2 million for a 25% stake and the company grew from 20 to 200 people today. Recently it was acquired by Continental and even though we exited with 4 times return I want to continue developing our map further but we are lacking the software component. We still want to build the best map in Thailand because with Google and others there are issues, whereas for us, we take the responsibility to verify every possible aspect. A simple example of this is with the English spelling of Thai words, there are multiple ways to spell Suvarnabhumi Airport, multiple ways to spell Ladprao, so we want to focus on building this with better resources, fleet management, and connectivity. Interestingly Singapore is already using our technology for their ERP 2 and until recently, Navtech has been using our maps for a decade. There are multiple avenues for IoT and automotives, such as the process of an individual purchasing a vehicle and we have invested in these new software developments. We are also looking to ensure that our factories are digitized. We want to benchmark against the best in the world, to monitor and control our costs and ensure that we have the most competitive plants in the world.

What are the biggest risks facing your business?

As the company has grown larger over the years, it is no longer reliant upon an individual or a single party to solve an issue and we require a different mindset and thinking. We have noted this requirement early on, which is why our investments are cross holdings, joint ventures and partnerships. I will always partner with the best companies, the best suppliers for either the product or in the world. This allows us to focus on sustaining profitability and cash flow as a group.

Where do you see AH in five years from now?

The JV with Sakthi is the tip of the iceberg, we are focusing on how to grow this company further, how to manage the additional resources, cultures and people within the organisation. My role is more of Chief Employment Officer which is why Malaysia is interesting to me because of the people's ability to mix Chinese, Indians and Malays well together and their comfort of working with different cultures. My viewpoint is that to be successful you must be focused on your business. Our focus is on automotive. And apart from focus, in business as in life, there must be integrity because by doing things right the world becomes easier and better. Our vision at AH is to be happy and lean- a lean manufacturing organisation with happy customers, employees and shareholders.